Is Your Stool Telling You Something?

Let’s put on a brave front and face the hard truth: colorectal cancer remains in the top 3 ranks of highest cancer mortality rate, according to statistics from Singapore Cancer Registry. Furthermore, the number of cases of both Singapore Chinese males and females accounted at least 6 times more than the combined ethnic groups of Malay, Indians, and Eurasians.

It remains a mystery till today how one contracts colorectal cancer. Colorectal cancer is simply cancer of the large intestine and rectum. In most cases, small polyps (clumps of cells) may become colon cancers over time. Contrary to food poisoning where symptoms are immediate after wrong consumption of food, these polyps can remain in the colon for years undetected and when they do, usually it is the last stage of cancer with low survival rate.

Wrong! According to statistics from Singapore National Registry of Diseases Office, more people are contracting it even before 50 years old. In addition, people who have rectal cancer which runs in families are also higher at risk and are advised to go for earlier screenings.

It is a MAN’s Illness

Wrong! Colorectal cancer is as common among women as men. It has the second highest mortality rate after breast cancer.

or colonoscopy is a painful screening?

Wrong! Early detection = early intervention. These are screening methods which may be slightly uncomfortable for some but not painful. Some doctors may administer mild sedative for the calming effect. If polyps are detected early, they may be removed, thereby halting the onset of colorectal cancer.

I will NOT get colorectal cancer since I do not smoke.

Wrong! Non-smoking has lowered your risk, however, a diet high in fats and low fiber may also constitute to higher risk. The non-regular physical activity also increases the risk of colon cancer.

Common treatments of colorectal cancer include surgery, radiation therapy, chemotherapy, and adjuvant chemotherapy. However, the fear of going for any of these treatments may prove to be even greater than the fear of receiving the dreadful news! Surely, we can’t just sit and wait for miracle drugs to happen? To make the number climb arduous, it must begin from us!

Interestingly, some foods contain higher levels of antioxidants that help with detoxification. Think! Detoxification means cleansing which translates to better immunity! Raspberries and strawberries contain ellagic acid which eliminates toxins. Cherries contain glucaric acid which has the same function too. Anthocyanidins and proanthocyanidins in blueberries “force” cancer cells to perform “self-destruction”. Other foods include plum, peaches, and mushrooms. Why not make it a habit to start including some of these in our daily diet?

Will colorectal cancer become a cancer of yesterday? Well, never say never! With that vision in mind, we must make it happen with early detection and right choice of diet. There is always hope!

Be not afraid of life. Believe that life is worth living, and your belief will help create the fact 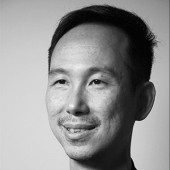 I am a dedicated person with a strong motivation towards lifestyle, health, and travel. I love meeting new people and constantly exchanging life experiences wherever possible. A quadragenarian person begins to feel the initial stage of health deterioration which cast a strong sense to explore ways of improving own's health. This marks the beginning journey of facts finding to uplift one's own health, not to forget a fullfilling lifestyle too.

Is Carrot Really Beneficial to You?

We use cookies to ensure that we give you the best experience on our website. By using this site you agree to our use of cookies.OkPrivacy policy